As a reader, this book probably presents the richest concentration on Grounded Theory thought in existence. Its target market is people with a genuine, rather than casual, interest in Grounded Theory. It handles the evolution of the method very capably and is up front in its consideration of the divergences in its application following Glaser and Strauss' joint work in the 1960s. Each of the papers is also strongly referenced. People seeking explicit guidance of a `how to' nature may need to look elsewhere or more likely with Grounded Theory, do the reading and work out the answer for themselves. Review submitted by Dr Simon Haslam, on behalf of the Social Research Association (SRA)

Essential reading for students using Grounded Theory Method. A collection of authoritative writers on a variety of topics. Writers who are leading researchers and practitioners of the method from all over the world contribute to this handbook.

Kathy Charmaz is Professor of Sociology and Director of the Faculty Writing Program at Sonoma State University. In the latter position, she leads seminars for faculty to help them complete their research and scholarly writing. She has written, co-authored, or co-edited fourteen books including Good Days, Bad Days: The Self in Chronic Illness and Time, which won awards from the Pacific Sociological Association and the Society for the Study of Symbolic Interaction. The first edition of Constructing Grounded Theory received a Critics’ Choice Award from the American Educational Studies Association. It has been translated into Chinese, Japanese, Korean, Polish and Portuguese and two more translations are underway. A co-edited four-volume set, Grounded Theory and Situational Analysis, with senior editor, Adele Clarke, just came out as part of the Sage Benchmarks in Social Research series. Another co-edited volume with Antony Bryant, senior editor, The Sage Handbook of Grounded Theory, appeared in 2007. Professor Charmaz is a co-author of two multi-authored methodology books, Five Ways of Doing Qualitative Analysis: Phenomenological Psychology, Grounded Theory, Discourse Analysis, Narrative Research, and Intuitive Inquiry, which Guilford published in 2011, and Developing Grounded Theory: The Second Generation, a 2009 publication with Left Coast Press. She has also published articles and chapters on the experience of chronic illness, the social psychology of suffering, writing for publication as well as numerous papers on grounded theory and qualitative research. Currently she is working on a text on symbolic interactionist social psychology and several papers on methods. 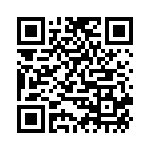