Marc Howard Ross is William Rand Kenan Jr. Professor of Political Science at Bryn Mawr College where he has taught since 1968. He has had a long term interest in social science theories of conflict and their implications for conflict management and has done research in East Africa, France, Northern Ireland, the Middle East, Spain, South Africa and the United States. Professor Ross has written or edited six books including The Culture of Conflict (1993) and The Management of Conflict (1993). 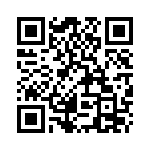