Page 12
All those empty pleasures which once captivated and ensnared them , would
then appear mean and contemptible ; and nothing would be thought of any real
value , but what sets them forward in the way of salvation . O happy man !
Page 18
... him a faithful monitor , that will be continually upbraiding him for his folly and
madness ; representing to him the dangers to which he is exposed , and crossing
him , as it were in his way , while he is in full pursuit of his unlawful pleasures .
Page 22
... version of endless happiness , but makes our lives at present easy and
delightful : the very paths of Religion are pleasant , as well as the end to which
they lead . It is true , vice has its present pleasures as well as virtue : but then
there is this ...
Page 23
We may talk “ of pleasures and enjoyments , says a “ Great Prelate * of our
church , but no man ever truly found them , till he became acquainted with God ,
and was made sensible of his love , and " partaker of his heavenly favours , and “
lived ...
Page 95
... now shut up in the regions of everlasting darkness , among an accursed
company of infernal spirits ; and then tell me , whether he thinks the short and
momentary pleasures of a wicked life , will compensate for endless misery and
torments .

hahaha this dude was my ancestor im sure he would be ashamed to learn that one of his descendants is a hardcore atheist.

Page 65 - Therefore shall they eat of the fruit of their own way, and be filled with their own devices.
Appears in 911 books from 1611-2008
Page 44 - Shall I hide from Abraham that thing which I do; seeing that Abraham shall surely become a great and mighty nation, and all the nations of the earth shall be blessed in him ? For I know him, that he will command his children and his household after him, and they shall keep the way of the LORD, to do justice and judgment; that the LORD may bring upon Abraham that which he hath spoken of him.
Appears in 862 books from 1651-2008
More
Page 64 - Because I have called, and ye refused; I have stretched out my hand, and no man regarded; but ye have set at nought all my counsel, and would none of my reproof: I also will laugh at your calamity; I will mock when your fear cometh; when your fear cometh as desolation, and your destruction cometh as a whirlwind; when distress and anguish cometh upon you. Then shall they call upon me, but I will not answer; they shall seek me early, but they shall not find me...
Appears in 1177 books from 1611-2008
Page 8 - And the times of this ignorance God winked at; but now commandeth all men every where to repent: because he hath appointed a day, in the which he will judge the world in righteousness by that man whom he hath ordained; whereof he hath given assurance unto all men, in that he hath raised him from the dead.
Appears in 496 books from 1697-2008
Page 84 - God; strengthened with all might, according to his glorious power, unto all patience and longsuffering with joyfulness; giving thanks unto the Father, which hath made us meet to be partakers of the inheritance of the saints in light: who hath delivered us from the power of darkness, and hath translated us into the kingdom of his dear Son...
Appears in 700 books from 1698-2008
Page 107 - God; who will render to every man according to his deeds: to them who, by patient continuance in well-doing, seek for glory and honour and immortality, eternal life; but unto them that are contentious, and do not obey the truth, but obey unrighteousness, indignation and wrath: tribulation and anguish upon every soul of man that doeth evil...
Appears in 646 books from 1698-2008
Page 31 - The eyes of the Lord are over the righteous: and his ears are open unto their prayers.
Appears in 668 books from 1715-2008
Page 90 - And the kings of the earth, and the great men, and the rich men, and the chief captains, and the mighty men, and every bondman, and every free man, hid themselves in the dens and in the rocks of the mountains; And said to the mountains and rocks, Fall on us, and hide us from the face of him that sitteth on the throne, and from the wrath of the Lamb: For the great day of his wrath is come; and who shall be able to stand?
Appears in 778 books from 1803-2008
Page 56 - LORD, I beseech thee, how I have walked before thee in truth and with a perfect heart, and have done that which is good in thy sight.
Appears in 658 books from 1611-2008
Page 80 - So shall it be at the end of the world : the angels shall come forth, and sever the wicked from among the just, and shall cast them into the furnace of fire: there shall be wailing and gnashing of teeth.
Appears in 1223 books from 1744-2008
Less 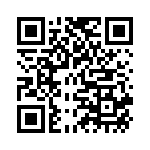