Jacob Viner (1892-1970) was one of the great economists of the twentieth century who shaped the field of international economics. After a PhD thesis under Frank Taussig at Harvard University, he moved to University of Chicago where he built its reputation in economics with Frank Knight and others. He was then recruited by Princeton University to build what is now the leading international economics research group in the world. There, Viner also contributed as a policy advisor, mentor, and correspondent to leading economists on both sides of the Atlantic and led the late twentieth century intellectual transformation of the history of economics. Paul Oslington is an international trade economist and historian of economics who is an expert on the work of Jacob Viner. He received his degree in economics from the University of Sydney, and his work has been published in leading journals of economics and the history of economics. He is currently Professor of Economics at Australian Catholic University and has held visiting appointments at University of Oxford, University of British Columbia, and Princeton University. 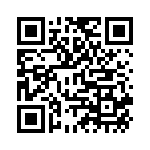