Page 387
When it becomes clear that he prefers Polaire , however , Jean consoles herself by promising to marry his father and become respectable . But after a few drinks , preceding the ceremony , her pals seem dearer than ever , so she deserts ...
Page 388
That evening , when he grows angry because he isn't seeing enough of her , she becomes afraid , and asks Curly to protect her . ... and help build the United States of America , of which Oklahoma is destined any day to become a part .
Page 513
Beralde suggests that Argan , too , become a doctor . ... The name has become a word meaning inappropriate . ... Born in Dublin , he settled in London in 1777 , becoming an intimate friend of Johnson , Boswell and Sir Joshua Reynolds . 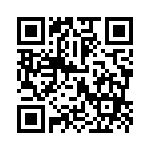