I cannot believe that a famous writer -or two could have written this absurd incoherent tale with a sea captain with no sense of responsibility,a hero who can be relie4d on to do thw wrong thing and a completely colorless heroine nothing is lacking to make the perusal of this novel arduous and unrewarding.

Born Ford Hermann Madox Hueffer in England in 1873, Ford Madox Ford came from a family of artists and writers that included his grandfather, the pre-Raphaelite painter Ford Madox Brown, and his uncles Gabriel Dante Rossetti and William Michael Rossetti. Ford's early works were published under the name Ford Madox Hueffer, but in 1919 he legally changed his name to Ford Madox Ford due to legal complications that arose when he left his wife, Elsie Martindale, and their two daughters. He also used the pen names Daniel Chaucer and Fenil Haig. Ford's early works include The Brown Owl, a fairy tale, children's stories, romances, and The Fifth Queen, a historical trilogy about Katherine Howard, the fifth wife of Henry VIII. He also collaborated with Joseph Conrad, whom he first met in 1898, on three novels: The Nature of Crime, The Inheritors, and Romance. Ford is best known for his novels The Good Soldier, which he considered both his first serious effort at a novel and his best work, and Parade's End, a tetralogy set during World War I. Both of these books explore a theme that appears often in Ford's writing, that of a good man whose old-fashioned, gentlemanly code is in conflict with modern industrial society. Ford also published several volumes of autobiography and reminiscences, including Return to Yesterday and It Was the Nightengale, as well as numerous works of biography, history, poetry, essays, travel writing, and criticism of literature and art. Although Ford and Martindale never divorced, Ford had significant, long-term relationships with three other women, all of whom took his name; he had another daughter by one of them. He died in Deauville, France, in 1939. 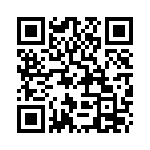