Page 186
An inquiry was likewise made whether or not an attorney who was a member of the bar of a state other than Illinois , but not admitted to practice in the courts of Illinois , would be privileged to practice ...
Page 390
HOPE THOMPSON Hope Thompson , prominent Chicago attorney , died on June ( 16 , 1931 , after an extended illness . Mr. Thompson was born at Augusta , Kansas , February 25 , 1873. He was a graduate of the University of Chicago .
Page 398
He served as state's attorney of Cavalier County , North Dakota , for some time , and practiced law at Seattle , Washington , for two years before going to Polo in 1893. He established his law offices there in that year and became ... 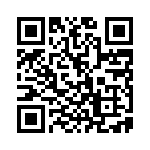