Page 126 - To th' instruments divine respondence meet: The silver sounding instruments did meet With the base murmure of the waters fall; The waters fall with difference discreet, Now soft, now loud, unto the wind did call: The gentle warbling wind low answered to all.
Appears in 362 books from 1788-2007
Page 98 - How oft do they their silver bowers leave, To come to succour us, that succour want? How oft do they with golden pinions cleave The flitting skies, like flying pursuivant, Against foul fiends to aid us militant?
Appears in 360 books from 1758-2008
More
Page 427 - Full little knowest thou, that hast not tride, What hell it is in suing long to bide : To loose good dayes, that might be better spent ; To wast long nights in pensive discontent ; To speed to-day, to be put back to-morrow ; To feed on hope, to pine with feare and sorrow...
Appears in 190 books from 1810-2008
Page 12 - Then choosing out few words most horrible, (Let none them read) thereof did verses frame; With which, and other spelles like terrible, He bad awake blacke Plutoes griesly Dame; And cursed heven; and spake reprochful shame Of highest God, the Lord of life and light: A bold bad man, that dar'd to call by name Great Gorgon, prince of darknes and dead night; At which Cocytus quakes, and Styx is put to flight.
Appears in 135 books from 1758-2007
Page 49 - Or from the field most cowardly doth fly ? Ne let the man ascribe it to his skill, That thorough grace hath gained victory. If any strength we have, it is to ill, But all the good is Gods, both power and eke will.
Appears in 143 books from 1758-2006
Page 466 - As each had bene a Bryde ; And each one had a little wicker basket, Made of fine twigs, entrayled curiously, In which they gathered flowers to fill their flasket, And with fine Fingers crept full feateously The tender stalkes on hye.
Appears in 121 books from 1825-2007
Page 11 - At length they chaunst to meet upon the way An aged sire, in long blacke weedes yclad, His feete all bare, his beard all hoarie gray, And by his belt his booke he hanging had ; Sober he seemde, and very sagely sad ; And to the ground...
Appears in 144 books from 1810-2006
Page 18 - One day, nigh wearie of the yrkesome way, From her unhastie beast she did alight; And on the grasse her dainty limbs did lay In...
Appears in 168 books from 1810-2006
Page 64 - They all perfumde with frankincense divine, And precious odours fetcht from far away, That all the house did sweat with great aray: And all the while sweete Musicke did apply Her curious skill the warbling notes to play, To drive away the dull Melancholy; The whiles one sung a song of love and jollity. 39 During the which there was an heavenly noise Heard sound through all the pallace pleasantly, Like as it had bene many an Angels voice Singing before th...
Appears in 105 books from 1810-2006
Page 2 - For this cause is Xenophon preferred before Plato, for that the one, in the exquisite depth of his judgement...
Appears in 139 books from 1810-2007
Less

The poet's poet"---as Charles Lamb was to call Spenser two centuries later---was born in London, where he attended school before going to Cambridge in 1569. About 1579 he came to know Sir Philip Sidney; his first significant work, The Shepheardes Calendar, published under a pseudonym in 1579 and consisting of 12 "ecologues" (one for each month of the year), was dedicated to Sidney. Spenser hoped for advancement at the court of Queen Elizabeth, but in August 1580 he took a minor position in Ireland, where he spent the rest of his life, save for two visits to England. In 1594 he married Elizabeth Boyle, in Cork; the sonnet sequence Amoretti (1595) bears on his courtship, and the great marriage hymn, Epithalamion (1595), celebrates the wedding. The first three books of Spenser's allegorical epic romance,The Faerie Queene, appeared in 1590; three more appeared in 1596. A fragment, the Cantos of Mutabilitie, which may or may not have been intended to form part of the great poem, appeared in 1609, after Spenser's death. Spenser appended a letter to his friend Sir Walter Raleigh to the edition of 1590, explaining that the "general end...of all the book is to fashion a gentleman or noble person in vertuous and gentle discipline." Although Spenser planned to write 12 books in all, only 6, and the two Cantos of Mutabilitie, survive. The rest may possibly have been destroyed by Irish rebels when, in 1598, they sacked Spenser's Irish residence at Kilcolman, but it is equally possible that the poet never managed to bring his massively planned work to completion. Spenser's Amoretti (1595) is one of the more idealized sonnet sequences, and Colin Clout's Come Home Again (1595) is an allegorical attack on the taste of the court. Like many Renaissance authors, his writings extend beyond the narrowly literary; his tract "A View of the Present State of Ireland" (1596) provides a series of brutal recommendations for the colonial suppression of England's Irish territories. Spenser's complex range of styles and genres served as both a model and a challenge for his contemporaries and for later authors. 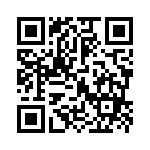