2 other sections not shown

Born in 1913 in Algeria, Albert Camus was a French novelist, dramatist, and essayist. He was deeply affected by the plight of the French during the Nazi occupation of World War II, who were subject to the military's arbitrary whims. He explored the existential human condition in such works as L'Etranger (The Outsider, 1942) and Le Mythe de Sisyphe (The Myth of Sisyphus, 1942), which propagated the philosophical notion of the "absurd" that was being given dramatic expression by other Theatre of the Absurd dramatists of the 1950s and 1960s. Camus also wrote a number of plays, including Caligula (1944). Much of his work was translated into English. He was awarded the Nobel Prize for Literature in 1957. Camus died in an automobile accident in 1960. 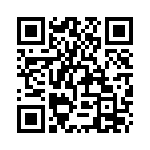