Charlotte Bronte, the third of six children, was born April 21, 1816, to the Reverend Patrick Bronte and Maria Branwell Bronte in Yorkshire, England. Along with her sisters, Emily and Anne, she produced some of the most impressive writings of the 19th century. The Brontes lived in a time when women used pseudonyms to conceal their female identity, hence Bronte's pseudonym, Currer Bell. Charlotte Bronte was only five when her mother died of cancer. In 1824, she and three of her sisters attended the Clergy Daughter's School in Cowan Bridge. The inspiration for the Lowood School in the classic Jane Eyre was formed by Bronte's experiences at the Clergy Daughter's School. Her two older sisters died of consumption because of the malnutrition and harsh treatment they suffered at the school. Charlotte and Emily Bronte returned home after the tragedy. The Bronte sisters fueled each other's creativity throughout their lives. As young children, they wrote long stories together about a complex imaginary kingdom they created from a set of wooden soldiers. In 1846, Charlotte Bronte, with her sisters Emily and Anne published a thin volume titled Poems by Currer, Ellis, and Acton Bell. In the same year, Charlotte Bronte attempted to publish her novel, The Professor, but was rejected. One year later, she published Jane Eyre, which was instantly well received. Charlotte Bronte's life was touched by tragedy many times. Despite several proposals of marriage, she did not accept an offer until 1854 when she married the Reverend A. B. Nicholls. One year later, at the age of 39, she died of pneumonia while she was pregnant. Her previously rejected novel, The Professor, was published posthumously in 1857.

Anne Bronte was the daughter of an impoverished clergyman of Haworth in Yorkshire, England. Considered by many critics as the least talented of the Bronte sisters, Anne wrote two novels. Agnes Grey (1847) is the story of a governess, and The Tenant of Wildfell Hall (1848), is a tale of the evils of drink and profligacy. Her acquaintance with the sin and wickedness shown in her novels was so astounding that Charlotte Bronte saw fit to explain in a preface that the source of her sister's knowledge of evil was their brother Branwell's dissolute ways. A habitue of drink and drugs, he finally became an addict. Anne Bronte's other notable work is her Complete Poems. Anne Bronte died in 1849.

Emily Bronte, the sister of Charlotte, shared the same isolated childhood on the Yorkshire moors. Emily, however, seems to have been much more affected by the eerie desolation of the moors than was Charlotte. Her one novel, Wuthering Heights (1847), draws much of its power from its setting in that desolate landscape. Emily's work is also marked by a passionate intensity that is sometimes overpowering. According to English poet and critic Matthew Arnold, "for passion, vehemence, and grief she had no equal since Byron." This passion is evident in the poetry she contributed to the collection (Poems by Currer, Ellis and Acton Bell) published by the Bronte sisters in 1846 under male pseudonyms in response to the prejudices of the time. Her passion reached far force, however, in her novel, Wuthering Heights. Bronte's novel defies easy classification. It is certainly a story of love, but just as certainly it is not a "love story". It is a psychological novel, but is so filled with hints of the supernatural and mystical that the reader is unsure of how much control the characters have over their own actions. It may seem to be a study of right and wrong, but is actually a study of good and evil. Above all, it is a novel of power and fierce intensity that has gripped readers for more than 100 years. 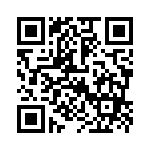