This absorbing portrait of America's greatest poetic personality contains multitudes, all right. It opens onto a vast panorama of the United States in the 19th century, redefining the horizons of ... Read full review

Whitman, the Good Gray Poet, was born into a time when slavery and the new market economy had just begun to transform the nation. Reynolds (Beneath the American Renaissance: The Subversive Imagination ... Read full review

David S. Reynolds is Distinguished Professor of American Literature and American Studies at Baruch College and the Graduate School of the City University of New York. Born and raised in Rhode Island, he received his B.A. from Amherst College and his Ph.D. from the University of California, Berkeley. He has previously taught at Rutgers University, New York University, Barnard College, and Northwestern University. He is the author of the monumental Beneath the American Renaissance: The Subversive Imagination in the Age of Emerson and Melville, winner of the Christian Gauss award.  His other publications include Faith in Fiction: The Emergence of Religious Literature in America;George Lippard; and George Lippard, Prophet of Protest: Writintgs of an American Radical, 1822-1854 (edited anthology). He is the editor of George Lippard's novel The Quaker City; or, The Monks of Monk Hall and the author of numerous articles and reviews in the field of American literature and culture, including "Of Me I Sing: Whitman in His Time" (The New York Times Book Review). 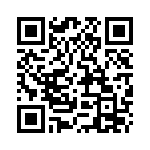