Page 61 - It is a partnership in all science, a partnership in all art, a partnership in every virtue, and in all perfection. As the ends of such a partnership cannot be obtained in many generations, it becomes a partnership not only between those who are living, but between those who are living, those who are dead, and those who are to be born.
Appears in 1169 books from 1803-2008
Page 128 - When the soul of a man is born in this country there are nets flung at it to hold it back from flight. You talk to me of nationality, language, religion. I shall try to fly by those nets.
Appears in 273 books from 1916-2007
More
Page 189 - We against whom you have done this thing are no petty people. We are one of the great stocks of Europe. We are the people of Burke; we are the people of Grattan; we are the people of Swift, the people of Emmet, the people of Parnell. We have created the most of the modern literature of this country. We have created the best of its political intelligence.
Appears in 153 books from 1922-2007
Page 34 - Irishmen and Irishwomen. In the name of God and of the dead generations from which she receives her old tradition of nationhood, Ireland through us, summons her children to her flag and strikes for her freedom.
Appears in 342 books from 1392-2007
Page 37 - To subvert the tyranny of our execrable Government, to break the connection with England, the neverfailing source of all our political evils, and to assert the independence of my country — these were my objects. To unite the whole people of Ireland, to abolish the memory of all past dissensions, and to substitute the common name of Irishman in place of the denominations of Protestant, Catholic and Dissenter — these were my means.
Appears in 215 books from 1821-2008
Page 287 - The conquest of the earth, which mostly means the taking it away from those who have a different complexion or slightly flatter noses than ourselves, is not a pretty thing when you look into it too much.
Appears in 358 books from 1897-2008
Page 35 - The Republic guarantees religious and civil liberty, equal rights, and equal opportunities to all its citizens, and declares its resolve to pursue the happiness and prosperity of the whole nation and of all its parts, cherishing all the children of the nation equally and oblivious of the differences carefully fostered by an alien Government, which have divided a minority from the majority in the past.
Appears in 248 books from 1907-2007
Page 44 - ... a land whose countryside would be bright with cosy homesteads, whose fields and villages would be joyous with the sounds of industry, with the romping of sturdy children, the contests of athletic youths and the laughter of comely maidens, whose firesides would be forums for the wisdom of serene old age.
Appears in 137 books from 1903-2008
Page 34 - In every generation the Irish people have asserted their right to national freedom and sovereignty; six times during the past three hundred years they have asserted it in arms. Standing on that fundamental right and again asserting it in arms in the face of the world, we hereby proclaim the Irish Republic as a Sovereign Independent State...
Appears in 215 books from 1914-2008
Page 61 - ... or lay aside, according to their temporary ideas of convenience. They consider it as the foundation of their whole constitution, with which, and with every part of which, it holds an indissoluble union. Church and state are ideas inseparable in their minds, and scarcely is the one ever mentioned with'out mentioning the other.
Appears in 86 books from 1790-2008
Less

Hugh F. Kearney is Amundson Professor Emeritus at the University of Pittsburgh, where he taught from 1975 to 1999. He has also taught at universities in Dublin and Sussex and at Edinburgh, where he was Richard Pares Professor of history from 1970 to 1975. 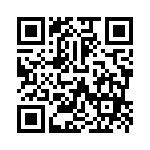