The collected works of W. B. Yeats

Part of a 14-volume series that will include virtually all of the published work of one of Ireland's greatest writers, this anthology is the first scholarly edition combining two of William Butler ... Read full review

56 other sections not shown

William Butler Yeats is generally considered to be Ireland’s greatest poet, living or dead, and one of the most important literary figures of the twentieth century. He was awarded the Nobel Prize in Literature in 1923.

The late Richard J. Finneran was general editor, with George Mills Harper, of The Collected Works of W. B. Yeats for many years; series editor of The Poems in the Cornell Yeats; and editor of Yeats: An Annual of Critical and Textual Studies, among other works. He held the Hodges Chair of Excellence at the University of Tennessee, Knoxville; was a past president of the South Atlantic Modern Language Association; and served as executive director of the Society for Textual Scholarship.

George Bornstein has written five critical books on nineteenth- and twentieth-century literature. A longtime student of material textuality, he has produced several major editions of modernist works, including two volumes on Yeats's early poetry for the Cornell Yeats Series and the collection Under the Moon: Unpublished Early Poetry by W. B. Yeats. He has held fellowships from the American Council of Learned Societies, the National Endowment for the Humanities, and the Guggenheim Foundation, and serves as current president of the Society for Textual Scholarship. He is currently C. A. Patrides Professor of Literature at the University of Michigan, Ann Arbor. 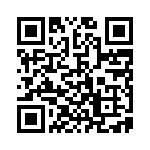