I was just curious to know about Mamdani's preface to this edition and its amazingly important specially on how he replied to his critics as well as how he contextualize his analysis within contemporary politics in Africa ( Ugandan indirect rule or Ethiopian ethnic federalism). His takes on Foucauldian analysis in African or postcolonial studies is challenging and an eye-opening one.

Mahmood Mamdani is the Herbert Lehman Professor of Government in the Middle Eastern, South Asian, and African Studies Department at Columbia University. His many books include Saviors and Survivors: Darfur, Politics, and the War on Terror. 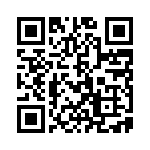