Easily one of the best poet of the all times, he is the Homer our modern times. This book is a historical reference of the Caribbean. It invites us to look at the Caribbean in its most raw and natural form.

Aimé Césaire is most well-known as the co-creator (with Léopold Senghor) of the concept of négritude. A member of the Communist party and active supporter of a progressive Socialist movement in his native Martinique, Césaire wrote Notebook of a Return to the Native Land at the end of World War II. Clayton Eshleman, Professor of English at Eastern Michigan University, has published eleven books of poetry since 1968. He has translated works by Antonin Artaud, Bernard Bador, Michel Deguy, Vladimir Holan, and Pablo Neruda. He is also the foremost American translator of César Vallejo (with José Rubia Barcia). Annette Smith, born in Algeria, is an Associate Professor of French at the California Institute of Technology. Eshleman and Smith translated Aimé Césaire: The Collected Poetry (1985). 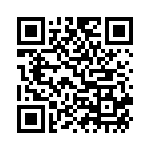