By far the best essay in this book is "Ruth's Song (Because She Could Not Sing It)". It's the story of Steinem's relationship with her mother, and it hits you like a blow to the solar plexus. If ... Read full review

Useful advice on organising, historically interesting and even if all the issues are still relevant, the texts are anchored in the 70s and 80s and feel dated. Glad i read it, but won't recommend it to others than those with an interest in the history of feminism. Read full review 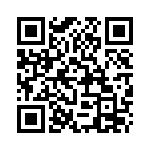