Page 203
When appellee reached the up timate incidents of the particular manual stairs and reported to Burns , the foreman , work undertaken . that he had a windshield upon which welding was to be done , the foreman told ap6.
Page 822
the collateral held by appellee there were First National Bank of Corinth reopened numerous county and municipal bonds , which on January 24th , 1931 , and the people were appellee was under duty , when the First Na- urged to make ...
Page 823
It pellant , and that appellee took , retained , and was further alleged that the appellee , under converted to its own use the Ragan note , the law , owed the duty to appellant , as well knowing full well that the First National as to ... 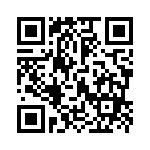