Diane Negra is Senior Lecturer in the School of Film and Television Studies at the University of East Anglia. She is the author of Off-White Hollywood: American Culture and Ethnic Female Stardom and a coeditor (with Jennifer M. Bean) of A Feminist Reader in Early Cinema, also published by Duke University Press. 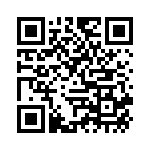