Page 20
Steamship President Harrison, Pioneer Round-the-World Dollar Passenger Liner
, Berthed at Pier 15, Stapleton, Staten Island, of the Union Transport Terminal, on
Her First Arrival at New York on First Round-the-World Voyage That Began at ...
Page 12
Borough President Lynch Presents Captain Robert Dollar With a Golden Key to
the Port of New York When His Steamship President Hayes is Moored to Pier 15,
at Stapleton, Staten Island, on April 25. And ship NEWS r On Initial Voyage After ...
Page
The liner President Monroe, sailing from San Francisco on Aug. 2 next year, is
sold out solid, Mackenzie said. The President Harris, sailing from San Francisco
on Dec. 6, the President Van Buren sailing from there Dec. 20, the President
Hayes ... 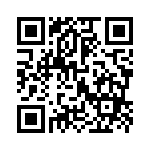