A very thoroughly researched analysis of the origins of racism in the US as an answer to the need for social control of the bonded and slave population. The particular situation in Virginia was ... Read full review

This volume 1 focuses on the forces which foster the formation of a slave class, in the Caribbean, the Americas, and most thoroughly in Ireland. This is presented as background to be used as analogy in exploring the invention of the white race in Volume 2. Read full review

Theodore W. Allen (1919-2005) was an anti-white supremacist, working-class intellectual and activist who began his pioneering work on "white skin privilege" and "white race" privilege in 1965. He co-authored the influential White Blindspot (1967), authored "Can White Workers Radicals Be Radicalized?" (1969), and wrote the ground-breaking Class Struggle and the Origin of Racial Slavery: The Invention of the White Race (1975) before publication of his seminal two-volume classic The Invention of the White Race (1994, 1997). 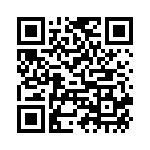