William H. A. Williams is professor emeritus of history at Union Institute and University in Cincinnati, Ohio. He is author of many works including Inventing Irish Tourism, The First Century, 1750–1850 and the award-winning ’Twas Only an Irishman’s Dream, and editor of Daniel O’Connell, The British Press and the Irish Famine: Killing Remarks, by Leslie A. Williams. 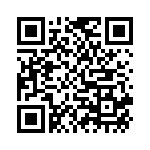