STEPHEN P. HALBROOK, an attorney at law, is a member of the Virginia and D.C. Bars, the U.S. Supreme Court Bar, and several federal appellate court bars. His previous books include: That Every Man Should Be Armed: The Evolution of a Constitutional Right and Social Philosophy. Halbrook has written articles that appeared in the Journal of Air Law and Commerce, George Mason University Law Review, Vermont Law Review, Law and Contemporary Problems, and various Congressional reports. 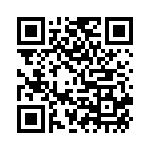