Page 108
Cottingham & Hayes, of Oklahoma City, C. O. Blake, of El Reno, R. A. Kleinschmidt, of Oklahoma City, Thos. B. Pryor, of Ft Smith, Ark., Edgar A. de Meules, of Muskogee, C. E. Warner, of Ft Smith, Ark., C. C. Huff, of Wichita Falls, ...
Page 153
... the commission sent said agent notice, not addressed or directed to the receivers, presumably a letter, stating that the same would be considered and disposed of at the office of the commission in Oklahoma City on January 13, 1914.
Page 689
Mr. Doub, president of defendant company, arrived in Oklahoma City on the 18th day of May. Plaintiff met him at the train, informed him of the name and financial responsibility of the prospective purchaser, and brought them together in ...

84 other sections not shown 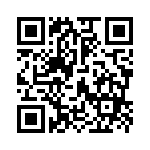