Born in Algeria in 1913, Albert Camus published The Stranger-- now one of the most widely read novels of this century-- in 1942. Celebrated in intellectual circles, Camus was awarded the Nobel Prize for Literature in 1957. On January 4, 1960, he was killed in a car accident.

Albert Camus was born in Algeria in 1913. His childhood was poor, although not unhappy. He studied philosophy at the University of Algiers, and became a journalist as well as organizing the Théâtre de l'équipe, a young avant-garde dramatic group.

His early essays were collected in L'Envers et l'endroit (The Wrong Side and the Right Side) and Noces (Nuptials). He went to Paris, where he worked on the newspaper Paris Soir before returning to Algeria. His play, Caligula, appeared in 1939. His first two important books, L'Etranger (The Outsider) and the long essay Le Mythe de Sisyphe (The Myth of Sisyphus), were published when he returned to Paris.

After the occupation of France by the Germans in 1941, Camus became one of the intellectual leaders of the Resistance movement. He edited and contributed to the underground newspaper Combat, which he had helped to found. After the war he devoted himself to writing and established an international reputation with such books as La 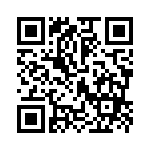