Page 223
Edward W. Blyden , Secretary of State of Liberia , dated Monrovia , April 6 , 1865 : 16 On the 20th of March , President Warner received Colonel Beverly Page Yates , as Consul - General for the Republic of Hayti .
Page 227
The Trustees of Donations , March 20 , notwithstanding the ambiguities , and notwithstanding some provisions which appeared to them undesirable , voted to accept the Act , believing that under it the affairs of the College might be ...
Page 286
At midnight on the 8th March , 1840 , three or four hundred natives under Gotorah , attacked Heddington , which was bravely defended but would have been taken by overwhelming numbers , had not the brave Zion Harris , at the last moment ... 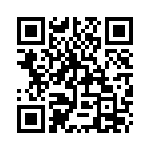