Eric Voegelin (1901-1985) was one of the most original and influential philosophers of our time. Born in Cologne, Germany, he studied at the University of Vienna, where he became a professor of political science in the Faculty of Law. In 1938, he and his wife, fleeing Hitler, immigrated to the United States. They became American citizens in 1944. Voegelin spent much of his career at Louisiana State University, the University of Munich, and the Hoover Institution at Stanford University. During his lifetime he published many books and more than one hundred articles. The Collected Works of Eric Voegelin will make available in a uniform edition all of Voegelin's major writings.

Thomas W. Heilke is Associate Professor of Political Science and Distinguished Lecturer in Western Civilization at the University of Kansas. He is the author or editor of several books, including The Collected Works of Eric Voegelin, Volume 9: Published Essays, 1934-1939. John von Heyking is Assistant Professor of Political Science at the University of Lethbridge in Canada and the author of Augustine and Politics as Longing in the World. 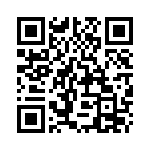