Patrick Regan lives in the middle of flyover country with his wife and children and their mostly good dog, Pearl (rescued, naturally). As often as possible, he accompanies his pilot friend, Sam Taylor, on animal rescue flights.

Mary Engelbreit had her first success as an illustrator of greeting cards in the late 1970s. She formed her own greeting card company in early 1980s after becoming impatient with the process of working in the greeting card industry as an independent contractor. Engelbreit's style depicts simple scenes in intricate detail, with amusing quotes to distinguish them. Successful in greeting cards, her business soon expanded to include Engelbreit's popular art on tee shirts, mugs, calendars and gift books, to name a few. Engelbreit has also published many books illustrating crafts such as quilting and decorating. In 1993 she illustrated The Snow Queen by Hans Christen Andersen, fulfilling a lifelong dream of being an illustrator of children's books. Mary Engelbreit was born in 1952 in St. Louis, where she lives today. 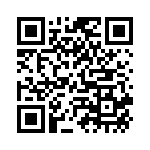