For a book that identifies itself as one of "ghost stories," this collection of tales doesn't quite deliver. While the stories are interesting, many curious, but not quite as "ghostly" as one would ... Read full review

For several years, folklorists Randy Russell and Janet Barnett have taught a course about Southern folklore at the North Carolina Center for Advancement of Teaching in Cullowhee, North Carolina. Russell is also the author of several mysteries, including Edgar Award nominee Hot Wire. They live in Asheville, North Carolina. 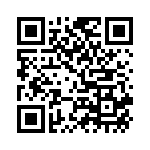