Page 37
Only as it became available in translation in the 1970s , however , did it emerge
as the principal guide to the ethics of giving . Seneca demanded of his readers a
thoroughly reflective understanding of benefits given and received . He also ...
Page 85
At the end of the seventeenth century , if we are to believe Gregory King , the top
six per cent of families in England received about one - quarter of the wealth of
that country . They spent perhaps thirty per cent of their income on food .
Page 162
42,446 Relief Committee of the Society of Friends , Dublin , Ł 198,314 less
amount received from the Committee of Friends in London and interest Ł 39,2504
Ł 159,064 Society of Friends , London Ł 42,906 Indian Relief Fund Ł 13,920
National ... 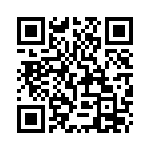