Tina Brown puts on her old gossipy hat from her days as editor of Tatler magazine as well as her knowledge of the British upper c lasses to bring us what is th4e most honest look at the British Royal ... Read full review

Tina Brown is an award-winning writer, the former editor in chief of Tatler, Vanity Fair, and The New Yorker, and the founder of The Daily Beast and of the live event platform Women in the World. She is the author of the #1 New York Times bestseller The Diana Chronicles, and in 2017 she published The Vanity Fair Diaries, chosen as one of the best books of the year by Time, People, The Guardian, The Economist, Entertainment Weekly, and Vogue. In 2000 she was awarded the CBE (Commander of the British Empire) by Queen Elizabeth II for her services to journalism. She lives in New York City. 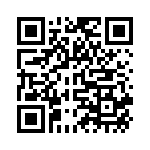