Cathy Scott, a newspaper reporter for more than two decades, has received more than a dozen journalism awards in California and Nevada. Her work has appeared in Forbes magazine, The New York Times magazine, and Los Angeles Times. Scott, who is a blogger for Psychology Today, covered the Los Angeles riots, Operation Restore Hope in Somalia, and the Republic of Panama’s drug interdiction program. She holds a bachelor of science degree from the University of Redlands and taught journalism at the University of Nevada Las Vegas for five years. She is based in Las Vegas and San Diego. 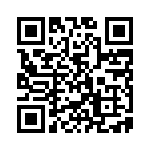