Page 141
And then, you know, he is dead, and nothing can possibly matter to him now.' 'But
I tell you that it was of you he was talking!' she cried. 'He was saying that
Morrison's partner first got all there was to get out of him, and then, and then -
well, ...
Page 275
Or - was the governor dead, perhaps? The silence within the room awed him. Of
going back there could be no question. 'But she knows how to take care of herself
,' he muttered. She had his knife. It was she now who was deadly, while he was ...
Page 280
CHAPTER XIV Tes, EXCELLENCY,' said Davidson in his placid voice; 'there are
more dead in this affair - more white people, I mean - than have been killed in
many of the battles of the last Achin war.' Davidson was talking with an
Excellency, ...

Peter Lancelot Mallios is an assistant professor of English and American Studies at the University of Maryland. 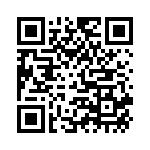