William Closson James is a professor at Queen’s University in Kingston, where he has been a member of the Department of Religious Studies for twenty-five years. 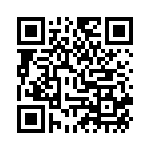