Page 44
132-7. 41 For example, Molefi Kete Asante, The Afrocentric Idea, Philadelphia:
Temple University Press, 1987. Marimba Ba, Yurugu, An African-Centered
Critique of European Cultural Thought and Behavior, Trenton: Africa World Press,
1994.
Page 91
in Larry Benjamin and Christopher Gregory (eds), Southern Africa at the
Crossroads?, Rivonia: Justified Press, 1992, attacks Chidzero for not doing as
much in free market reform as Gregory and other orthodox thinkers considered
desirable.
Page 130
... an independent judiciary which upholds the rule of law, a free and
independent press, effective civilian control over the military, and a vibrant civil
society82. And, at the SADC summit in Mauritius on 17 August 2004, the host
prime minister, ...

Professor Stephen Chan is a well known African expert and Dean of Law at London University's School of Oriental and African Studies. This work is the first extensive series of interviews with Morgan Tsavangirai,the major opposition leader in Zimbabwe. 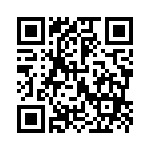