Page 5
From the translation of German ballads , he acquired , he says , sufficient
confidence to attempt the imitation of them . In his experiments , he now , also ,
received encouragement and counsel from ' Monk ' Lewis , his acquaintanceship
with ...
Page 17
Scenic Arrangement 17 some defects of eye or hand , was unable to train himself
to make sketches of those places which interested him ; yet , show me , ' he says ,
' an old castle or a field of battle , and I was at home at once , filled it with its ...
Page 256
Dean Church says : Higher ideas of the Church than the popular and political
notion of it , higher conceptions of it than those of the ordinary evangelical
theology - echoes of the meditations of a remarkable Irishman , Mr Alexander
Knox - had ... 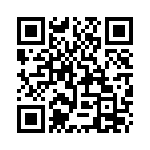