Nicholas Davies was born on March 28, 1953. He is a British investigative journalist, writer and documentary maker. He has written extensively as a freelancer, as well as for The Guardian and The Observer, and been named Reporter of the Year, Journalist of the Year and Feature Writer of the Year at the British Press Awards. Davies has made documentaries for ITV's World in Action and written numerous books on the subject of politics and journalism, including Flat Earth News, which attracted considerable controversy as an exposé of journalistic malpractice in the UK and around the globe. As a reporter for The Guardian, Davies was responsible for uncovering the News of the World phone hacking affair, including the July 2011 revelations of hacking into the mobile phone voicemail of the murdered schoolgirl Milly Dowler.He will be at the WORD Christchurch Writers & Readers Festival in 2015. His title Hack Attack: How the Truth Caught up with Rupert Murdoch made the New Zealand Best Seller List. 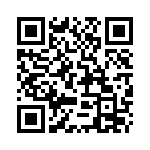