Kate Coyer is an independent radio producer and media activist. She is currently a post-doctoral research fellow with the Annenberg School of Communications at the University of Pennsylvania and Central European University in Budapest where she works on community media.
Tony Dowmunt has been involved in alternative video and television production since 1975 and is now course tutor on the MA in Screen Documentary at Goldsmiths, University of London.
Alan Fountain is currently Chief Executive of European Audiovisual Entrepreneurs (EAVE), a professional development programme for film and television producers. He was the first Commissioning Editor for Independent Film and TV at Channel Four, 1981-94. 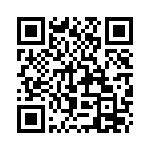