Page 20
... scale : but it would have been well to remind the learner that it was so called by the antients , in contradistinction to the chromatic and the enharmonic , because it proceeds by whole tones , or from whole tone to whole tone .
Page 347
... the Anzeyrys , at a given signal , killed the Emir and his son in the castle , and then fell upon the Ismaylys who had remained in their houses , sparing no one they could find , and plundering at the same time the whole town .
Page 410
... and though the complex feeling , which arises from the simultaneous contraction of the whole fingers , would be , relatively to the sentient mind , like one simple feeling , if the contraction of the whole were uniform , it ceases ... 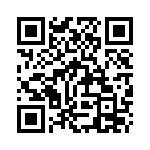