Page 645
Dillon , Charles Hoyt to secure a part of the purchase money , which mortgage
was afterwards foreclosed in chancery , and the premises aforesaid were sold to
David Leavitt , who received a deed therefor , executed by Charles B. Moore ...
Page 646
Dillon . the premises , for the period for which they were sold ; that no person
having a legal interest in the premises had redeemed them , before the expiration
of the two years ; and that Collins had , by an instrument under his hand and seal
...
Page 694
On the 29th of February , 1814 , Jessee , for the residue of the term , the house
was destroyed by fire , and but omitted to provide that such use the plaintiff , who
had before taken should continue during a renewal of possession of the
premises ... 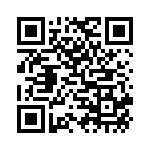