Debora Shuger is Professor of English at the University of California, Los Angeles. She is the author of Political Theologies in Shakespeare's England and other books. 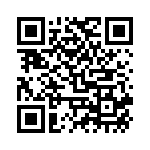