Jennifer Toth graduated from Washington University in St. Louis and went on to receive a master's degree in journalism from Columbia University. She has written pieces for the Atlantic Monthly, The Washington Post, the International Herald Tribune, and Business Week, and she is the author of The Mole People and Orphans of the Living. She lives in Maryland. 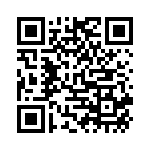