Michael A. Ross was previously a corporate attorney and is now an associate professor of history at the University of Maryland. He is the author of several award-winning articles on Samuel Miller's Supreme Court career. 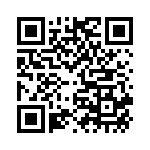