What a stunning premise, Union soldiers fought to protect their way of life. Their parents raised them to think the Union should be preserved. The Union commanders most revered were the ones that ... Read full review

An insightful glance at the unique cultural and social milieu of the Union soldier. Relying extensively on diaries, letters, and other primary sources, Mitchell (History/University of Maryland; Civil ... Read full review

Reid Mitchell is Assistant Professor of History at the University of Maryland, Baltimore County, and is the author of Civil War Soldiers, which was a main selection of the History Book Club and an alternate selection of the Book of the Month Club. 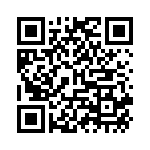