Page 79
The sentence had to be confirmed by Major Paul Bernart . The trial was short .
The soldiers tried to defend themselves , to no avail , by explaining in Polish that
they did not know that desertion was punishable by death , and that their flight
was ...
Page 80
1 , Major Joseph Jerzmanowski to His Excellency , the Ambassador of the United
States at London , London , March 1 , 1853 , enclosure from Department of State
to Jefferson Davis , Washington , May 12 , 1853 ) . While in Paris in Aug.
Page 100
( See : J. Łukasiewicz , Aristotle's Syllogistics from the Standpoint of Modern
Formal Logic . ) Interestingly enough some of the 20th century Polish
philosophers made their major contributions as if accidentally : on the way to their
ultimate goal ... 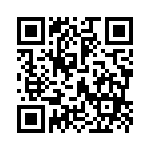