E. J. Gowers is Senior Lecturer in Classics, University of Cambridge and Fellow of St John's College, Cambridge. Her first book, The Loaded Table (1993), about the representation of food in Latin literature, won the Premio Langhe Ceretto in 1994. With William Fitzgerald, she co-edited Ennius Perennis (Cambridge Classical Journal supplementary volume 31, 2007), to which she contributed a chapter and the introduction. She has written numerous articles on Roman satire and has also published widely on other aspects of Latin literature and culture, including Apuleius, Columella, Ovid, Terence, Valerius Maximus, Virgil, Roman food, trees, Sicily, the Emperor Augustus and the Cloaca Maxima. She regularly reviews books for the Times Literary Supplement and other journals. 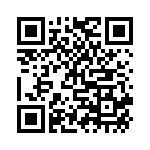