Keith Breckenridge is an historian and the deputy director of the Wits Institute for Social and Economic Research at the University of the Witwatersrand, Johannesburg. He has published widely on the cultural and economic history of South Africa, particularly the gold mining industry, the state and the development of information systems. His writing on biometrics has appeared in Africa, History Workshop, the Journal of Southern African Studies, Public Culture and some of the most influential comparative anthologies on systems of identification. In 2012 he co-edited Registration and Recognition: Documenting the Person in World History, with Simon Szreter, a volume of essays for the British Academy examining the workings and failures of civil registration in twenty different regions and periods around the world. 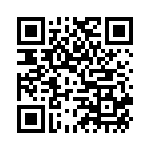