Page 20
In 1917, ironically, the only Sinn Fein supporter at the Irish Convention, Edward
MacLysaght, had declared that 'Sinn Fein can be won over if it can be persuaded
that national freedom is possible within the empire' (R. B. McDowell, The Irish ...
Page 99
Such feelings found practical expression in 1918 when a renewed threat of
conscription prompted the emergence of a broad coalition of Home Rule
nationalists, Sinn Fein and the Catholic Church in opposition to the measure. By
the end of ...
Page 115
Helpfully, however, the Catholic chaplain warned Bonham-Carter 'from time to
time of men who were followers of Sinn Fein, but it was not possible to combat
their influence completely. Afterwards in India, although one or two men arrived
with ... 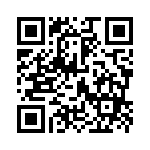