A history of modern yoga: PataĂ±jali and Western esotericism 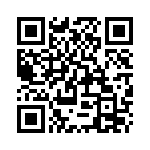