At this point in my life, this is the probably the most thorough explanation and best balance I have yet to find in holding evangelism and social justice in tension. It gave language, research, and ... Read full review

When I read the words "justice" and "righteousness" in the Bible now, my mind and my heart have a much richer understanding of their Hebrew meanings thanks to Tim Keller's thoughtful, challenging and balanced exploration of these words and their application to contemporary discipleship. Read full review

He was asked to start Redeemer Presbyterian Church in Manhattan in 1989, and under his leadership the church`s congregation experienced unprecedented growth from 50 to 5000 members. His target audience consists mainly of urban professionals, whom he believes exhibit disproportionate influence over the culture and its ideas.

The `Influentials` Issue of New York Magazine featured Dr. Keller as "the most successful Christian evangelist in the city by recognizing that young professionals and artists are `disproportionately influential` in creating the country`s culture and that you have to meet this coveted demographic on its own terms."

Timothy Keller is renowned for his clear, reasoned approach to Christian apologetics and his book THE REASON FOR GOD: BELIEF IN AN AGE OF SKEPTICISM was named Book of the Year for 2008 by World Magazine. 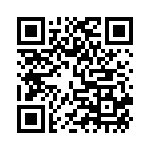