Review: Nappily Ever After (Nappily #1)

Loved it! The narrator, Lisa Renee Pitts, is awesome. Not only did she have the accents down, her renditions of The Supremes' and Marvin Gaye's songs were really good. She really brought the story to ... Read full review

Review: Nappily Ever After (Nappily #1)

It was amazing ! Can't wait to read the next one and the rest of the series. Read full review

Trisha R. Thomas is the author of the bestselling Nappily Ever After, the first installment of Venus Johnston's story and a finalist for the Golden Pen Best Fiction and Best New Writer Award, as well as the NAACP Image Award for Outstanding Literature in 2001. She is also the author of Roadrunner. She lives in Riverside, California with her husband and children. 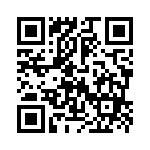